The IHO S-100 data model was developed to eventually replace the IHO Transfer Standard S-57. S-57 is mainly used for ENCs and has a couple of shortcomings due to its limited flexibility. The current Edition, namely 3.1., was released in 2000; since then, it has been considered to be frozen. Inevitable corrections of the standard have been introduced as supplements. In the past this has made it quite cumbersome to update ENC production software and chart display systems.

The principle is that S-100 is to support a large variety of digital hydrographic data products, not only new-generation ENCs. Other products include dense bathymetry, currents, tides, ice information, weather data and many more. It is important to understand that S-100 is not a digital data format; it is a framework that defines how to develop specifications for the geo-spatial data products referred-to above. S-100 provides the necessary components that can be used to develop products and services. These include a registry for geo-spatial information entities, general feature and portrayal models, structures for describing data quality, coordinate system information, encoding formats, etc.

The IHO video 'Explanatory Video of the IHO S-100 Standard' makes use of a simple and vivid analogy from daily life: a cook uses all kinds of ingredients to prepare a meal according to the instructions of a cookbook. In the same way, the components of S-100 can be used to create a data product according to the definitions of a product specification.

Edition 1.0 of S-100 was released in 2010 and Edition 2 followed in June 2015. Up until now, only one S-100-based Product Specification - S-102 for Gridded Bathymetry - has been adopted and released. In other words, our cookbook contains only one recipe; others are still being developed or do not yet exist. The most representative development is S-101, the Product Specification for the new-generation ENC.

The development status of the S-101 Product Specification is advanced enough to enable the production of S-101 test datasets for the IHO S-100/S-101 testbed. The portrayal rules have not quite been finished yet. According to the 'S-101 Development and S-100 Testbed Timeline' (Revision January 5, 2016), S-101 could be released for operational use in 2019. Coming back to the analogy used above, that is the moment when the ENC recipe is ready, has been tested, and the cooking can begin.

The IHO relies very much on the positive groundwork of the S-100 standard working groups which continuously participate in the standard development of S-100 and all related products. SevenCs is a permanent member of the IHO S-100 working group (formerly known as TSMAD). This group is responsible for the maintenance of S-100 and the drafting of the S-101 ENC Product Specification. The group is comprised of representatives of IHO members and experts from the industry. Right from the beginning, when the TSMAD working group was established, SevenCs has been among the driving forces behind the group's ENC-related and ECDIS-related activities.

The S-100-related development activities of SevenCs are focussed on Nautilus, the company’s new S-100 ECDIS Kernel. Version 1.0 is scheduled to be released at the end of 2016 and will be fully equipped with the core functionalities for effective chart handling and fast display rendering. OEM users will have the possibility to choose from different graphics libraries.

Nautilus 1.0 will provide functions for reading IHO S-57 data, decryption of IHO S-63, chart management, and visualization according to the S-52 Presentation Library. Nautilus is S-100 ready and can be used to read, access, and write S-101 next-generation ENCs. As soon as the S-100 working group provides a stable version of an S-101 portrayal catalogue the S-101 display functionality will be added.

The new Nautilus S-100 Kernel will not only be used by SevenCs' OEM customers. Nautilus will be the central component of SevenCs' future S-100 ENC Tools suite.

Feel free to contact us should you have any questions about the SevenCs approach to S-100. Next spring we will make a Nautilus Technical Preview version available to existing customers to enable them to get acquainted with the new C++ programming interface. 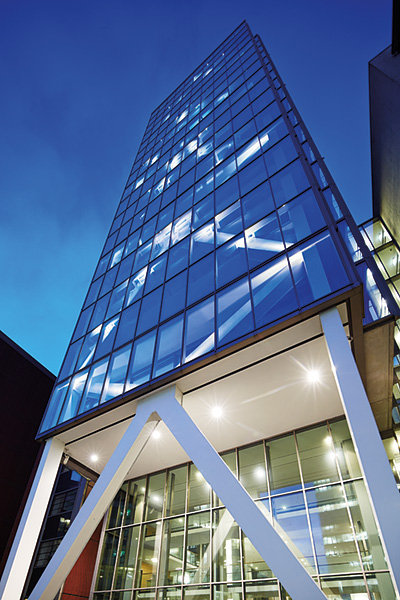